Human History of the Galapagos Islands

The Galapagos Islands were discovered by accident one March 10th, 1535 by Bishop Tomas de Berlanga. It might be surprising to people nowadays, but back when he came across them, he actually found the islands quite disappointing and described them as, “a land where God seemed to have showered stones in the middle of the ocean, stones inhabited by bizarre animals – like tortoises carrying a ‘galapago’ (saddle), stupid birds, and dragon-looking lizards.” Luckily, times changed and now the world celebrates the Galapagos’ geological and natural “quirks” as we did on this special day aboard the Santa Cruz II. 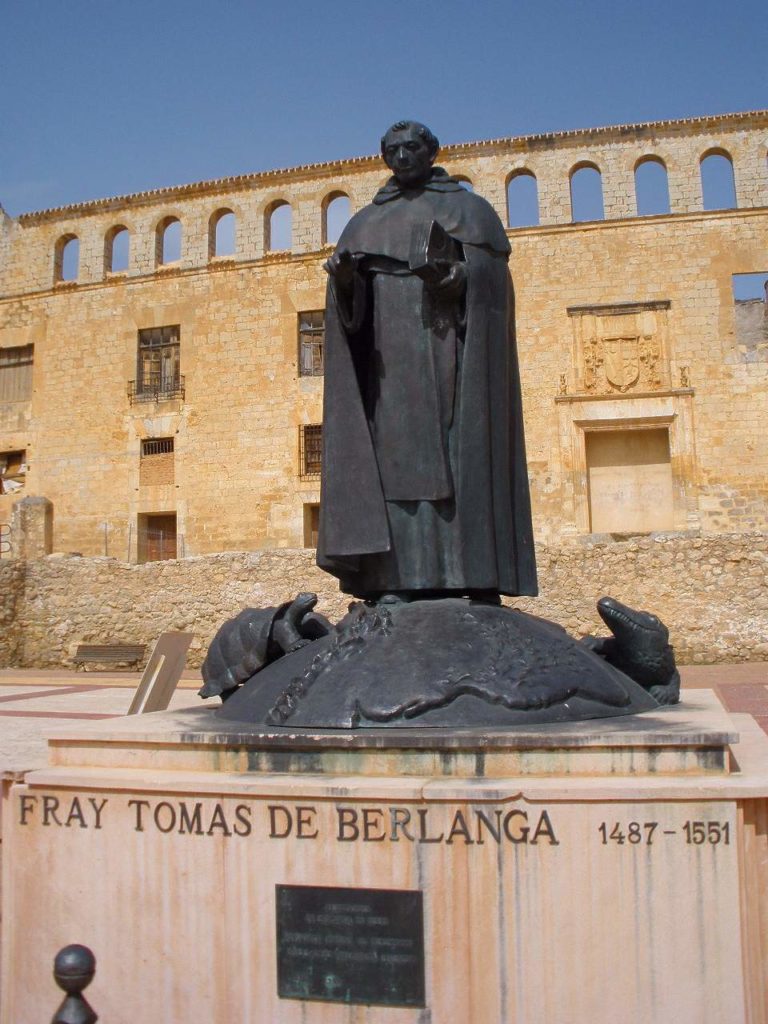 Sharing our History with our Guests

When our guests entered the Expedition Lounge, we greeted them with a colorful board on which we posted information and interesting facts about this fortuitous event that took place in the 16th century. At that time, people really didn’t understand the idea that the Earth was round. It was commonly believed that if you sailed away from the Pacific coastline of South America, you would hit a bottomless pit. The philosophy of utilitarianism was also strong: if something yielded a benefit for mankind, it was considered a gift from God; but, if anything did not prove to be useful, it was thought to be the Devil’s doing. The Galapagos Archipelago, with its rocky shorelines, arid landscapes, thorny vegetation and lack of freshwater, didn’t qualify as a place that Bishop Berlanga would ever be likely to come back to. The Enchanted Islands, as they were named back then, were not called that way because of their inviting charm. No. The word “enchanted” referred to its original context: bewitching, spellbound, cursed. The Islands floated on the ocean, seemingly appearing and disappearing at times. 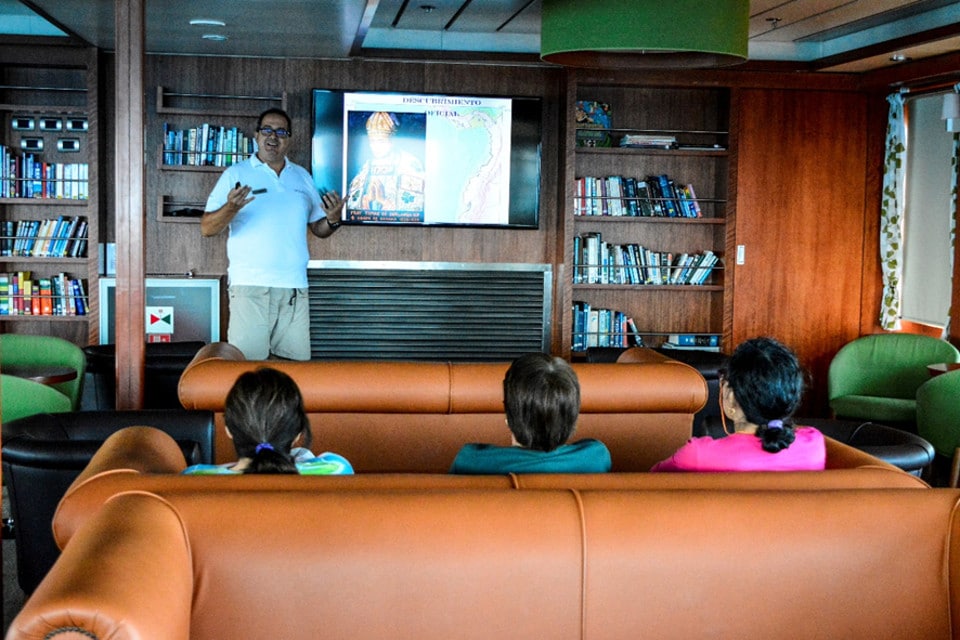 A lecture about the discovery of the Galapagos, given by guest and Naturalist Fabio Lacoponi.

Spaniards, Pirates, and Whalers, oh my!

During our second day on board, we took it upon ourselves to keep introducing our guests to the interesting history involving the discovery of the islands. We love to share our history with those who visit our beautiful country! So we prepared talks about the Archipelago’s human events that shaped it into what it is today. Guests are always interested in finding out more about how the Galapagos were favored by pirates and how the world gradually started to change the perception they originally had of this magical place. Pirates found a few freshwater grottos, but most importantly (and sadly, as we would find out many years later), they found out giant tortoises were a highly nutritious source of protein. This information was then passed on to whalers, who managed to hunt more than 100,000 tortoises as food. It wasn’t until decades later that the Galapagos finally started to gain recognition seen for their true worth and beauty. 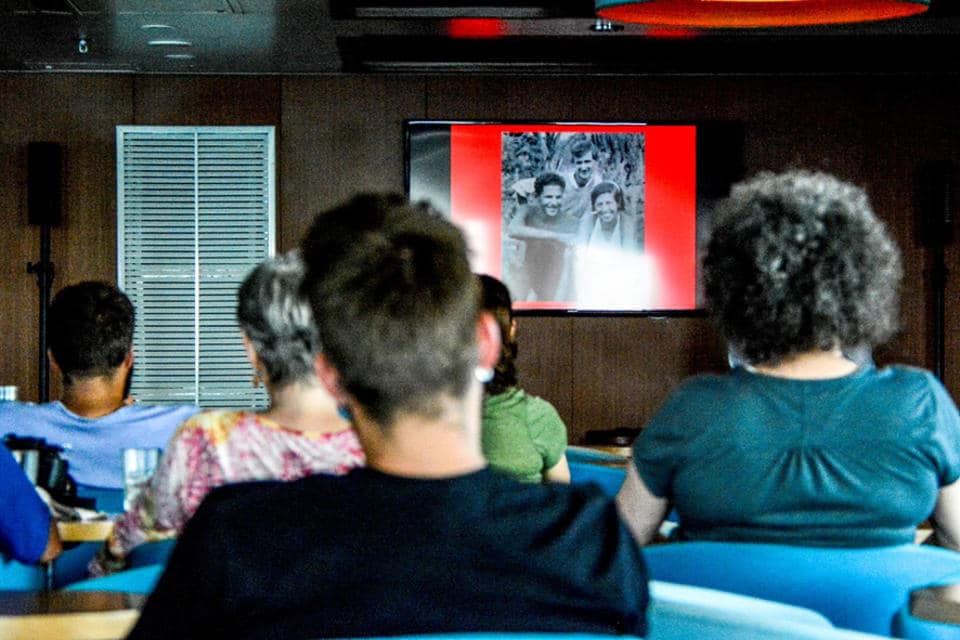 Learning about the human history of the Galapagos aboard Santa Cruz II.

During this week, every evening saw our briefing begin by highlighting how the perception of the Galapagos had changed. It began as a place that was oftentimes compared to hell but then gradually turned into a place seen as a safe haven for sailors, whalers, and pirates. Then, later on, men found out they could grow crops in volcanic soil, and Charles Darwin put the entire archipelago on the map by pointing out its scientific importance in understanding evolution. Nowadays, it’s a place with a very strong sense of community, with an economy that is constantly invigorated by tourism. It currently serves as a worldwide and fantastic example of sustainable tourism and management.

At least that’s one thing we can all agree on: a lot has happened since that one March 10th, 1535!