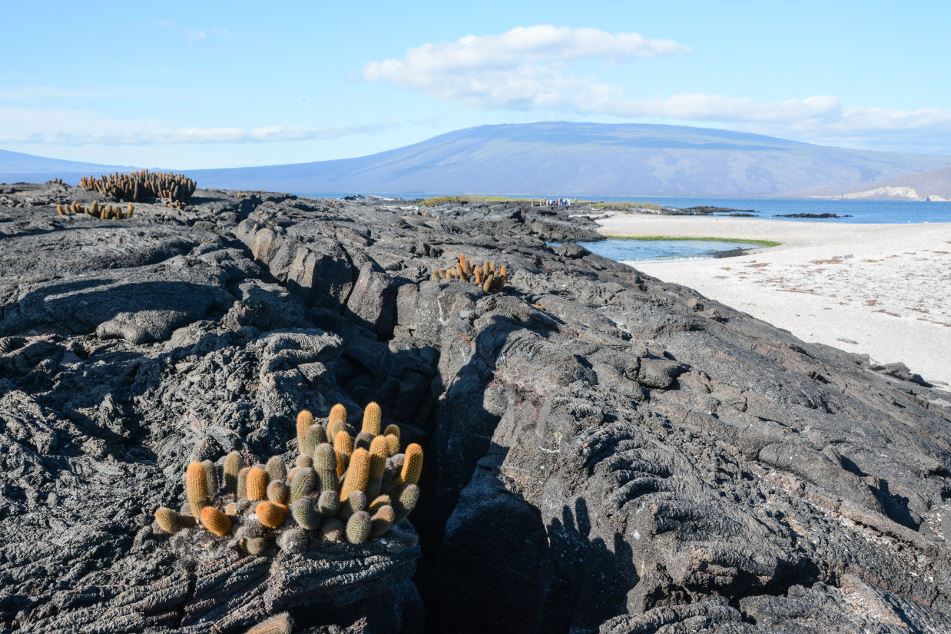 The plants that coat the floor of the Galapagos Archipelago are as intriguing and rare as the wildlife that inhabits these “Enchanted Islands,” although not what visitors typically expect of a group of islands along the equator. Instead of lush, tropical vegetation, the archipelago is primarily dominated by a surprisingly barren landscape. However, this is yet another trait that makes these islands so extraordinary, forcing the Galapagos vegetation to adapt to their environment in unusual ways. In fact, the unique nature of the plants was the first aspect to catch Charles Darwin’s eye as he disembarked from the HMS Beagle, even before laying eyes on the mockingbirds and finches. Darwin collected and labeled over 200 plant species, creating the most influential natural history collection of living organisms in the scientific world. Like Galapagos animals, Galapagos flora displays fascinating and complex examples of adaptive radiation.

The islands boast seven genera of Galapagos vegetation entirely unknown to the rest of the world, and around 600 species of vascular plants in the Galapagos Islands are endemic (with approximately 825 introduced species). However, although the percentage of endemism is remarkably high, in comparison with the more than 20,000 species found on the Ecuadorian mainland, the number of Galapagos vegetation seems insignificant; nevertheless, before making this comparison there are a few things to take into account (in addition to the fact that the surface area of Ecuador is about 35 times greater than that of the islands).

The struggle to survive

Plants faced multiple obstacles while becoming established in the Galapagos Archipelago, and these challenges have ultimately shaped the plants that are found on the islands today. To begin, the plant seeds had to travel across approximately 600 miles of ocean along wind currents, rafts of debris or even inside the intestines of Galapagos birds in order to arrive at the islands. For this reason, the plants in the archipelago have small, lightweight seeds or seeds that have special seed-dispersal mechanisms. Then, once they arrived, they had to establish themselves in a barren and dry environment. The archipelago lies along the Pacific dry belt and at the heart of important cold-water currents, so it receives surprisingly little rainfall. These factors, along with the strong sun rays that beat down on the equator, create desert-like conditions in the Galapagos. In fact, only the higher altitudes receive enough rain to support a lush, tropical environment. As a result, plant life in the Galapagos has acquired spectacular adaptations to survive in arid conditions. For example, Palo Santo trees lose their leaves during extremely dry periods in order to conserve water, whereas the leather bush has vertical leaves to avoid receiving direct sunlight.  Finally, the development of Galapagos flora is limited by the geologically young age of the islands. Plantlife has simply not had enough time to evolve into new varieties and species, and much of it is still in the midst of the evolutionary process.

Adapting to life in the Galapagos 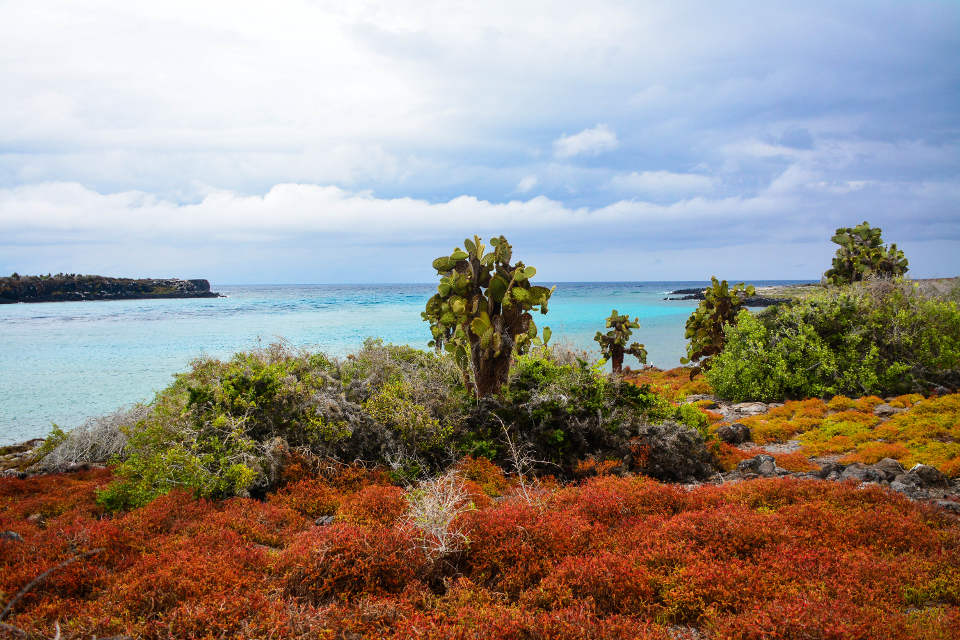 Galapagos vegetation has further adapted and diversified due to the range of habitat zones in the Galapagos Islands. There are at least three habitat zones in the Galapagos: the coastal zone (dominated by salt-resistant plants), arid zone (succulent cacti and leafless shrubs), and the highlands (lush Scalesia forests). However, these zones can be further divided into as many as seven distinct areas as Galapagos vegetation transitions between each zone. Furthermore, due to the different currents that flow around the islands, flora also varies between islands according to the different microclimates. As a result, plants have ample opportunity to adapt within the varying habitat zones in the Galapagos, producing some remarkable examples of adaptive radiation. For example, the genus Scalesia, which is endemic to the islands, consists of 15 different tree species, which is why they have been called “Darwin’s finches of the plant world.” Another good example is the cactus genus Opuntia, which has six different species and fourteen endemic varieties (including the Prickly Pear Cactus), one of which has evolved to grow up to 10 meters high, with flaky bark covering its base to protect it from iguanas.

So what about the Galapagos vegetation?

Despite their unique properties, Galapagos vegetation very rarely receives the attention they deserve, overwritten by the peculiar behaviors of wildlife. Nevertheless, plant life is extremely important in the islands, providing the basis of life in the Galapagos. Without plants like Beach Morning Glory, beaches would be prone to erosion; without red mangroves, new habitats could not be created through primary succession. Galapagos plants provide areas to nest and perform mating rituals, as well as a primary source of food and water for many animals. The relationship between plants and animals is an intricate, delicate, and beautiful balance.