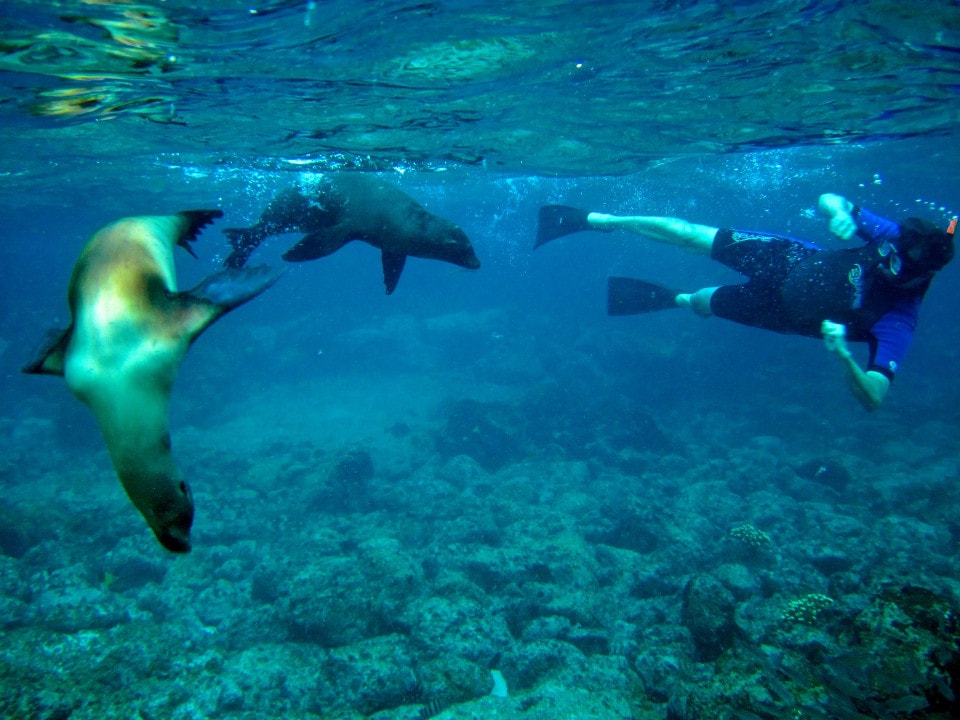 Our day began on the last full day of our Western Islands itinerary aboard the Santa Cruz II. It was a morning like any other, beginning with our wake-up call followed by an invitation to the scrumptious buffet downstairs. We all headed down to the restaurant and fueled up with the delicious array of food items that were available. By now, we had realized just how important and essential early morning nourishment was the activities that awaited us throughout the day. And today’s activity was highly excited.

Thing is, I’d been bitten by the snorkeling bug. Delighted by our first snorkeling experience on the first day over at Punta Vicente Roca with sea turtles and our very first sea lion encounter, I was thirsty for more. As a result, I found myself wickedly excited for this final snorkeling excursion, praying that I would get to see even more sea lions than the first time.

We had sailed throughout the night and made it all the way to Floreana, an island to the south of the archipelago that is filled with a remarkable history that seems fit for a Hollywood scriptwriter. Our first activity of the day began at Post Office Bay, where our group of passengers gathered to collect postcards from strangers and leave the one’s that they had written themselves inside of a barrel – continuing a century-long tradition of spreading mail around the globe by hand. Afterwards, we all headed back to the boat to suit up and get our snorkel gear for the next activity.

Venturing outwards from the Santa Cruz II aboard our dinghy, with three New Zealanders and a beautiful Ecuadorian, we arrived at Champion Islet – a relatively big patch of rock that’s covered with a decent amount of flora and birds. Excitedly, we all began putting on our snorkeling gear as Fatima, our guide, gave us safety tips and guidelines for our activity. All five of us flopped backwards from the dinghy into the cool waters and were immediately greeted by a plethora of colorful fish. They swam in restless patterns that reminded me of colorful mosaics, except that these mosaics shifted around constantly. As we swam along the edge of the island, we gradually came upon a small little bay which we had previously been informed was a sea lion colony. Only thing was that we never expected to receive such a warm welcome at said colony.

As the schools of colorful fish dispersed from the waves that crashed against the cliffs of the island – spraying a confetti of white bubbles up into the air and downwards into the ocean in the process – dark shapes began to slither towards us. Rising out of this gentle maelstrom of aquatic cotton were dozens of sea lions snaking towards us, emerging like the groovy specimens they are onto the rocky, coral dancefloor. 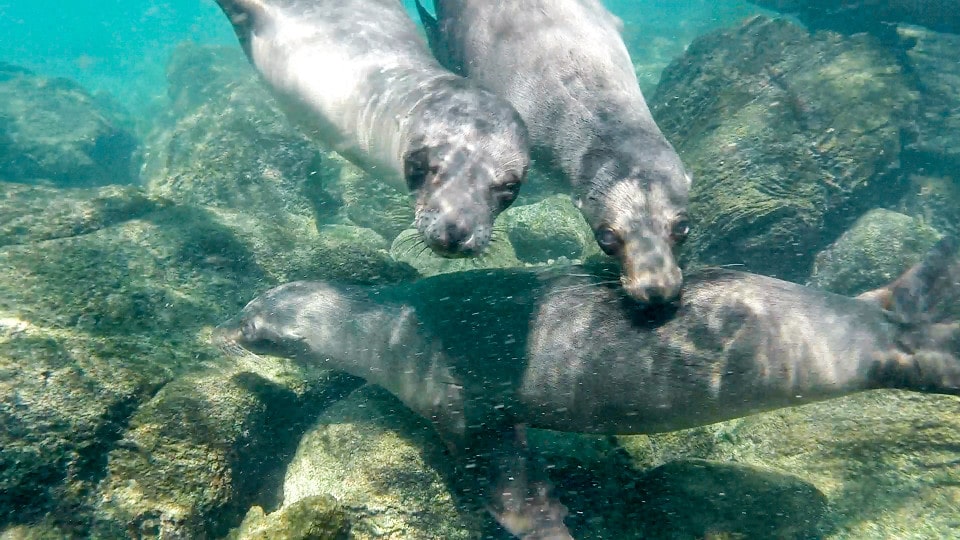 Swimming with sea lions in Galapagos, an amazing adventure!

They playfully swam up to us and quickly darted away, almost as if they were wary of their own curiosity at first. It almost felt like they were sniffing our scent underwater, inspecting us briefly before coming back and this time seriously playing with us. A number of them nibbled lightly on the ends of my fins, and a daring one tried to taste the GoPro I had at the end of my selfie pole before glancing at me with guilty eyes and swimming away. It was so beautifully novel to me – these underwater creatures full of mischief and playfulness. I secretly pretended they were puppies that had spent too much time in the water and had evolved into dog mermaids.

I was ecstatic getting out of the water at the very end, having felt like I’d somehow fulfilled an unbeknownst dream of mine that involved being one with playful Galapagos sea lions. Having gone to the Galapagos, not only did I discover the wild side of life – I’m pretty sure I also discovered my spirit animal! 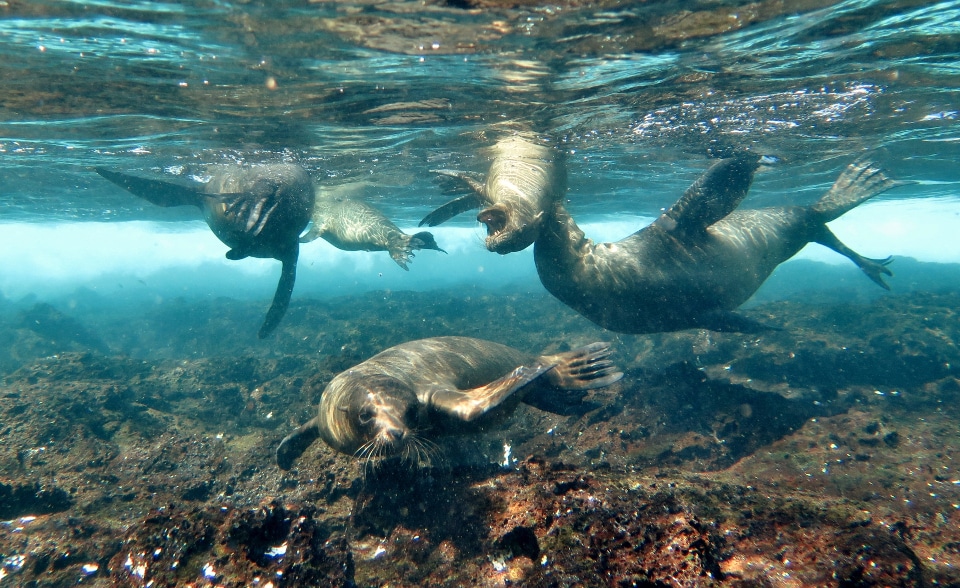