Changing Seasons in Galapagos: Drier Days are on the Horizon! 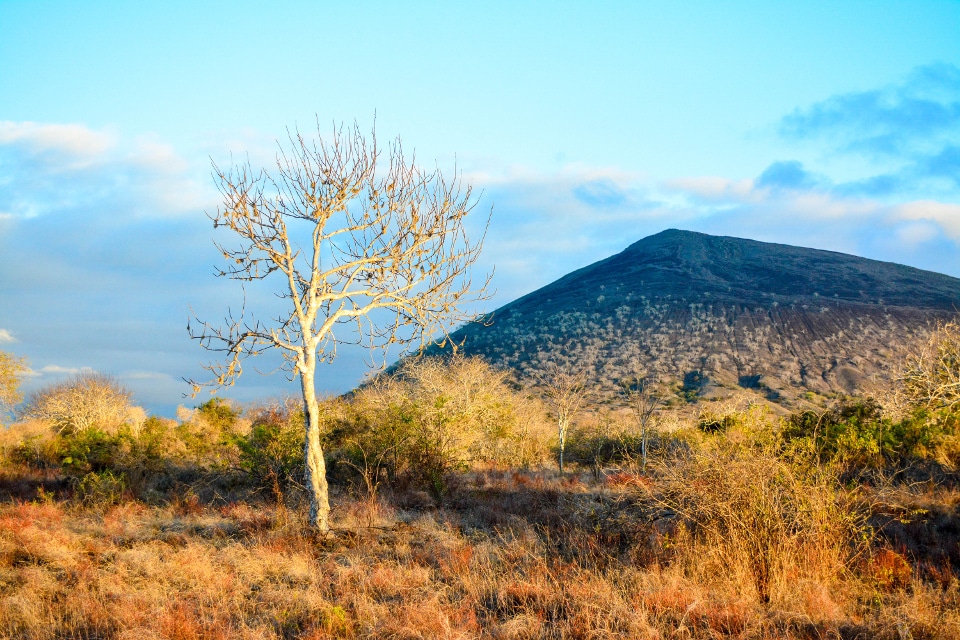 The different seasons in Galapagos are a surprise to many. The tropics are usually seen as palm trees swaying under the sun and occasional thunderstorms, devoid of any long-term changes at all. But be advised, fellow explorer – the tropics in the Galapagos are quite different from what our geography teachers had us believe! Despite being in the tropics of the East Pacific Ocean, seasons in Galapagos do occur and they are markedly different. The distinctive weather patterns consist of a hot season from December to May and a dry season that lasts from June to November.

The Winds of Change

The transition between seasons in Galapagos starts to brew in the southernmost continent of our planet. Over the course of an eight-month period, winds gradually start to build up in Antarctica and eventually make their way up along the west coast of South America. With these winds comes the upwelling of underwater nutrients, which consequently contributes to the vast concentrations of fish that are found next to Chile, Peru, and Ecuador. The movement of water and nutrients in this manner and during this period is what makes up the Humboldt Current. The winds eventually reach subtropical and tropical latitudes and, with the help of the Coriolis effect (where Earth’s gyre is faster), quickly change direction towards the west, mixing up with different masses of water along the way. This interplay of currents is what constitutes the South Equatorial Current (SEC), which travels from east to west. And so long as the winds keep blowing, cooler water will go with them.

Contrary to popular belief, the Galapagos Islands does have seasons: dry and hot season

Change is the Nature of Time and All Living Things

Many scholars and scientists see these factors as fundamental contributors to a visible transitionary phase throughout the archipelago. So much so that, for some time now, these coming months are what they call “transition months.” Despite there is no bad time to visit the Galapagos, it’s still pretty magical to witness what goes on specifically during the months of April, May, and June.

During these transition months, the aforementioned trade winds (that are within the geographic location of the islands) remain weak. Nevertheless, the waters in the area have cooled off just enough to trigger the reproduction patterns of microscopic life (plankton and zooplankton). What this does is create a domino effect by providing ideal conditions for larger marine life to begin eating and, in turn, begin reproducing. This translates into courtship rituals, mating and the evolutionary need to perpetuate one’s own species. Galapagos explodes in activity during this somewhat brief window of time! Not to be missed is the mating dance of the blue-footed boobies.

With these patterns in mind and the levels of activity that are to come, what better time to see them for yourself than aboard the Santa Cruz II Galapagos cruise!